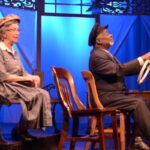 When you think of the story Driving Miss Daisy, you think of the 1989 film, starring Morgan Freeman and Jessica Tandy. But this script, written by Aldred Uhry, was originally a play and Stage West has produced it, starring Joseph Marcell, best known for his role as Geoffrey on The Fresh Prince of Bel Air. […] 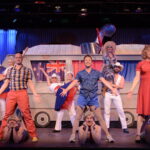 Priscilla Queen of the Desert is the theatre production we all need right now. It’s jubilant fun, with colourful costumes and catchy tunes. It’s a perfect balance of a feel good narrative with a deeper exploration of current issues. It’s a musical treat and should not be missed. This production is based on the 1994 […] 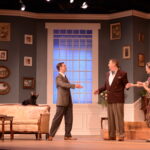 Stage West Theatre’s latest production Screwball Comedy is a homage to the genre of… you guessed it… screwball comedy. The genre was popular during the Great Depression and usually satirizes the traditional love story. During the 1930s there was a rise in demand for films and storylines that critiqued social class, and screwball comedy was […]