I had an epic potluck fail on Friday. I wanted to bring something Mauritian. There are these appetizers, (well, Mauritians also eat them for breakfast) called gateaux piment, and I’ve never made them before. My MOTHER has never made them. But I’m ambitious sometimes. To my detriment.
I went by a recipe in my mom’s Mauritian recipe book, and by this one as well.
Nothing would keep together. It all fell apart. Literally and figuratively.
So I went to the store, bought hummus, and went to my potluck. 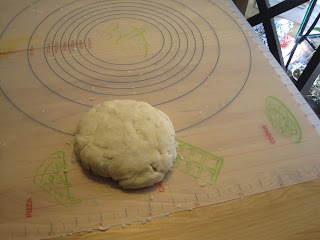 So yesterday was Julie’s Pie Potluck. And again, my ambitious self was going to make pie.
For the first time. Pecan pie, no less. (My first food post ever, I said I would eventually try Pumpkin Pie). But pecan is up there as well. So I begged my roomate to teach me how.
Saturday morning, we started. J. has a pastry board. It’s this really cool thing you can roll the dough on so you know how big it has to be to fit in your pie plate. So cool. We used Julie’s recipe here.
J. made a lemon pie at the same time, so I in essence made the whole thing myself, with her assistance.

I’ve never baked a pie before. But it was surprisingly not as hard as I thought it would be. Make sure everything is cool. We didn’t use a food processor, we just did everything by hand. 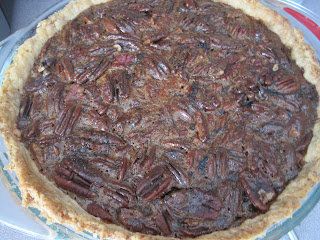 We used this recipe for pecan filling here.
I think it’s the orange zest that made the difference. Though really you need to turn your head to the amount of sugar and butter there is in pecan pie.

So I took my pie to Julie’s potluck. So many pies. So little time. I met Vincci from Ceci n’est pas un food blog amongst other bloggers, and not bloggers. I ate lots of pie. Drank lemonade with mint. Had sour ice cream.
It was lovely. I had a pie-over. I always find it quite reassuring and amazing that Julie can invite the internet over and just have her house filled with great friendly people.

My pie was also quite a hit and everyone was a fan. So it made up for my massive previous potluck fail. It was all thanks to my roomate. I couldn’t have done it without her. 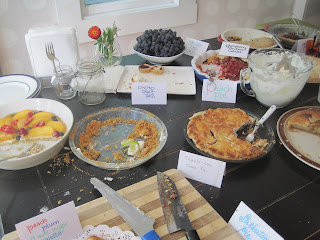 Pie devoured. I think that next potluck should be soup and bread. Then I can try split pea. And making my own bread. (How about that, I reach goals and just create new ones)

6 Responses to “Enough to keep you – Sunny”