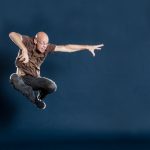 The word Icarus has a couple meanings: In classic Greek mythology Icarus, the son of Daedalus who flew to close to the sun on artificial wings and they melted and he fell to his death; in astronomy, it’s an asteroid whose eccentric orbit brings it closer to the sun than any asteroid. These themes are […] 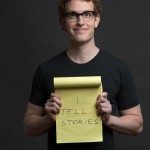 Back in 2012, I missed Sam Mullins’ Tinfoil Dinosaur and my colleagues raved about it. So I saw it at the Edmonton Fringe Festival. The following year I saw and reviewed Mullin’s Weaksauce. Now he is back with The Untitled Sam Mullins Project doing what he does best. Telling stories. This play is a compilation […]