It’s been a full week with theatre, board meetings and more theatre.
Tuesday had me at Up Close, for the Calgary Herald. You can read my review here.
Wednesday, I was at Theatre Junction Grand’s Haptic and Holistic Strata, a production that I’ve heard a lot about. Friday, I went to One Yellow Rabbit’s People You May Know. 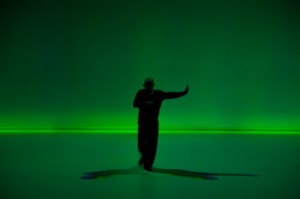 Haptic and Holistic Strata is a production from multimedia artist Hiroaki Umeda from Tokyo. It features street dance and butoh with cutting-edge digital technology. The production is critically acclaimed, and from its description sounds quite intriguing. Dance and projection art? The combination should be totally up my alley. It’s got an industrial feel to it, with vibrating noisy sound design. But it wasn’t for me and it isn’t for everyone. This production is too loud, with not enough movement. Especially for a $45 ticket, running about 50 minutes, this kind of production really has to be something you’re into. The digital projection art is interesting, but not enough to make it worthwhile.

People You May Know on Friday night was probably one of the worst theatre experiences I’ve had. But it wasn’t because of anything happening on stage. The production was actually pretty well done, a show described as using digital puppetry. The actors, three on stage in front of computers, each play two or three characters. The narrative doesn’t feature any surprising twists, telling of people on both sides of a financial scheme. This production is supported by its talented actors, but frankly I expect more from the Rabbits. 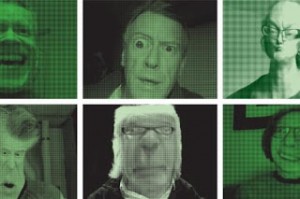 I had the misfortune of sitting with employees of Nexen, the main sponsor of the Rabbit’s show. Most of them drank so much prior to the show that they were belligerent and rude. They were heckling the actors, laughing maniacally, talking loudly to each other. One employee didn’t make it through the whole production, having to duck out halfway through because she was much too drunk. And one lady actually cut her nails in the middle of the production. It made for my almost inability to focus on the production. Thanks Nexen.