There are a handful of things that sets Broadway Across Canada’s Hamilton apart from other musicals. The entire production, from start to finish is told through song. Every musical number develops the story and there is no dialogue between songs. The choreography is also a huge part of the production, with every artist on stage […] 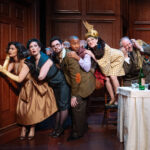 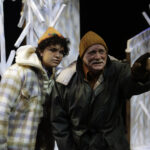 At the heart of Lunchbox Theatre’s production of Meredith Taylor-Parry’s Shark Bite is a beautiful story of two people from two different generations who are world apart, but are together for two weeks and are struggling to reach each other. It is a tale that unfolds in layers and deals with pain and isolation as […]