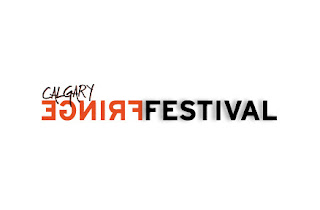 So the Calgary Fringe Festival was on this past weekend, and the weekend previous to that.
I was away for a the long weekend, so I didn’t get to see as many shows as I would have liked. (But then again, I didn’t have that much money to go see all the shows I would have liked!)
Within my limited time, I managed to see “These Men” and “Take a Bite”. 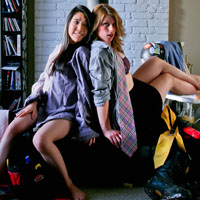 I was attracted to “These Men”, because it starred Denise Wong, whom I saw last year in a David Mamet fringe show entitled Sexual Perversity in Chicago. I also saw her in Some Girls and thought she was quite outstanding. “These Men” is about two ladies who wind up living together who are from two very different perspectives on romantic relationships. Shelley (Kristin Swirles) is casual in her approach and is the master of non commitment and non attachment. Or so she thinks. Cloris (Denise Wong) is neurotic and wants to be loved and needed. Or so she thinks. The two form a bond in living together and neurotic and casual collide in close living space. “These Men” has a storyline told before. Both actresses put in great performances. But the play could be tighter, the feelings more poignant, the friendship and love between the two more certain. “These Men” is a good entry in the Fringe Fest, but it has the potential to be great. 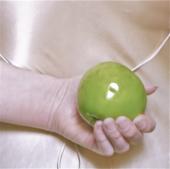 I decided on “Take A Bite” mostly because of Bob Clark’s review in the Calgary Herald.(I would link it, but the Herald apparently have moved their blogs). “Take A Bite” tells of Vera, a 33 year old women who wakes up in a room with Dion a young 18 year old man. She doesn’t know how she got there, she doesn’t know who he is and there doesn’t seem to be a way to get out. As they slowly begin to get to know each other, the audience get pieces of information, bit by bit. It soon is very clear that these two are not in a jail cell and that their last memory was of being killed. With reverence of “No Exit”, the play is poignant and sharp, it pushes and pulls and is a compelling story that roots you to your seat for the entire duration. Bob Clark was not wrong.